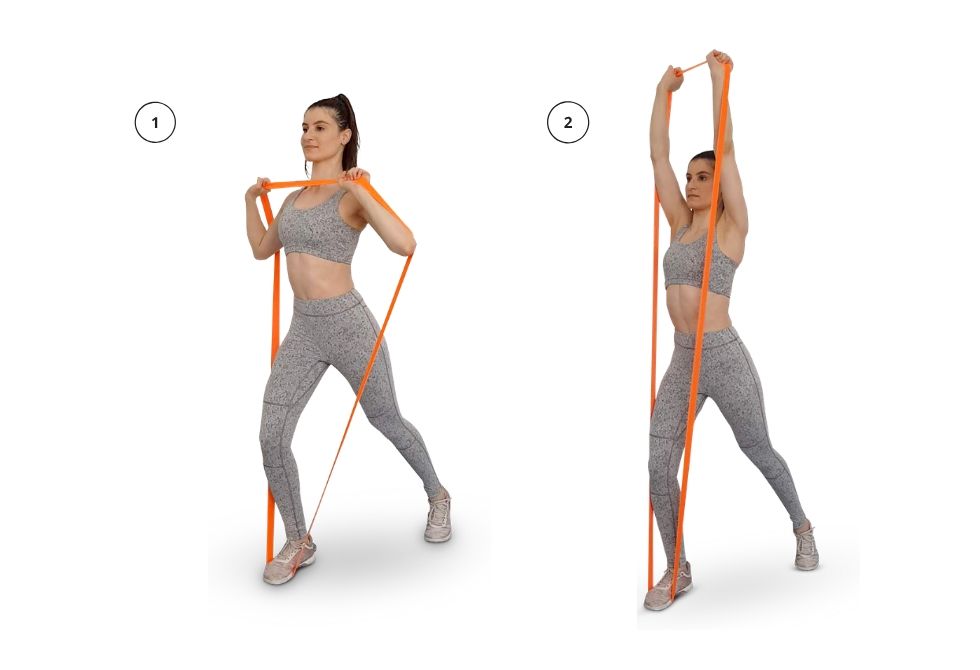 Come into a split stance. The front leg is slightly bend. Activate your core.

Extend your arms over your head until the band is fully extended. Bring the arms back to starting position and repeat for 10 – 15 times.

Use the elbows to keep the band in its place.